What do beef and beer have in common?

They are a delicious pairing, of course.

However, they are even better friends than that. Cattle can eat the leftovers from the beer making process and they find it delicious and no, they don’t get drunk.

“Spent grains,” the by-products from the production of beer, are what is left over after the mash is cooked and the “wort” (liquid) is extracted. The sugars go with the wort and there isn’t any alcohol in the spent grains because fermentation process has not yet taken place.

What does a brewery do with spent grains? 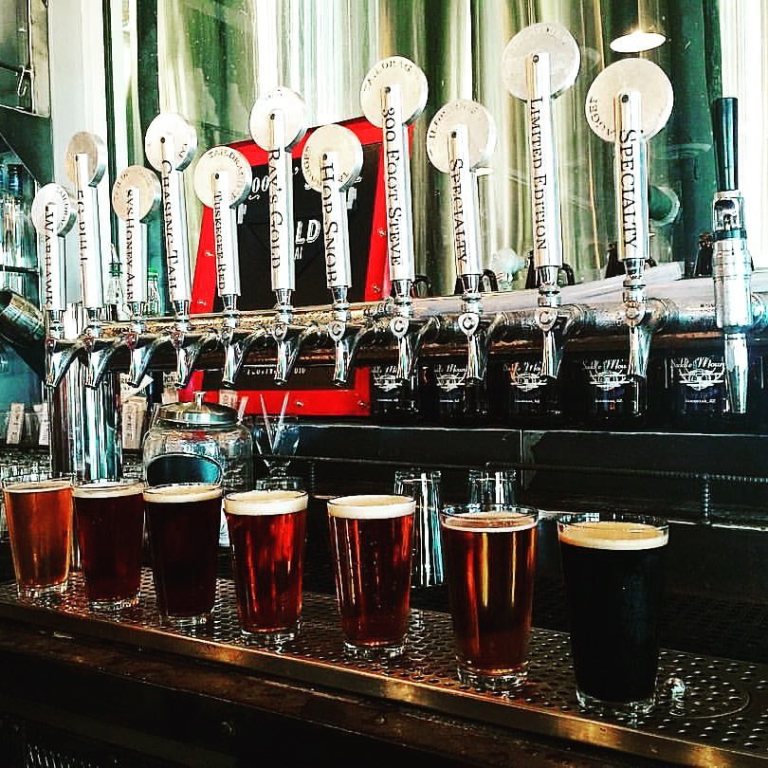 We visited with Jacob and Laura Hansen of Saddle Mountain Brewing Company to find out.

“We do dry and reuse some of the grains in our restaurant in baked goods such as crackers, pie crusts, cookies and bread. My favorite was an oatmeal and spent grain molasses cookie for ice cream sandwiches.”

These sound delicious. But, when one brews a lot of beer, there are a lot of leftover spent grains so another viable outlet is to feed them to livestock.

The brewery has a partnership with local West Valley cattleman Patrick Bray. Patrick and business partner, Bass Aja, along with their wives (Lisette and Anna, respectively) and their families raise cattle in Rainbow Valley, Arizona, about 40 minutes southwest of the brewery in Goodyear.

The Hansens are thankful for this mutually beneficial relationship because the excess spent grains would otherwise have to be disposed of into the trash. “Instead, we love that there is an environmentally friendly use for the grains so that they aren’t a trash product,” added Laura. 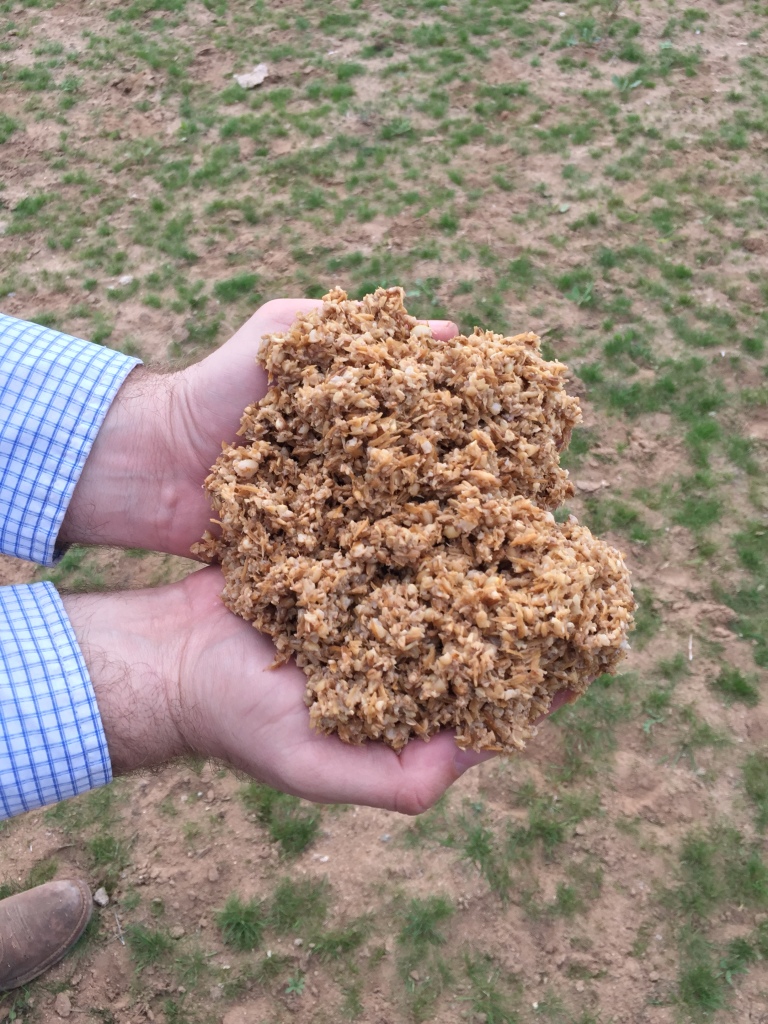 Every time beer is brewed, spent grains are created. Patrick picks up four to six 35- gallon buckets of the spent grains the same day, which is once or twice a week, and is then able to feed the grain to the cattle. 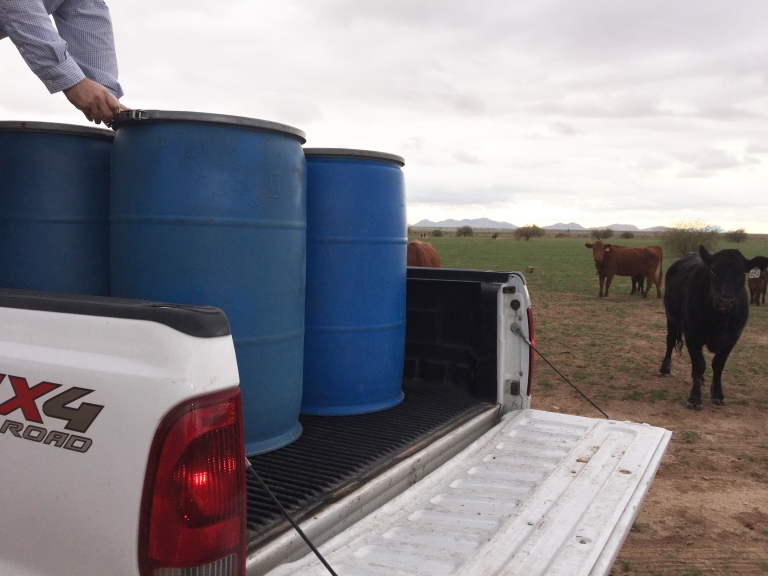 “Having access to the spent grains gives us an alternative feed source for the cattle,” said Bray. “It is nutritionally beneficial providing energy, protein and fiber. I’ve also observed that due to the spent grains, the cows are able to more efficiently convert all of their feed.” The grains are not the main source of nutrition for the cattle but it does make for a nice supplement, helping to keep the cows in good body condition year-round.

An interesting thing has also happened – the cows come running when they see Bray’s white Ford truck coming down the road. 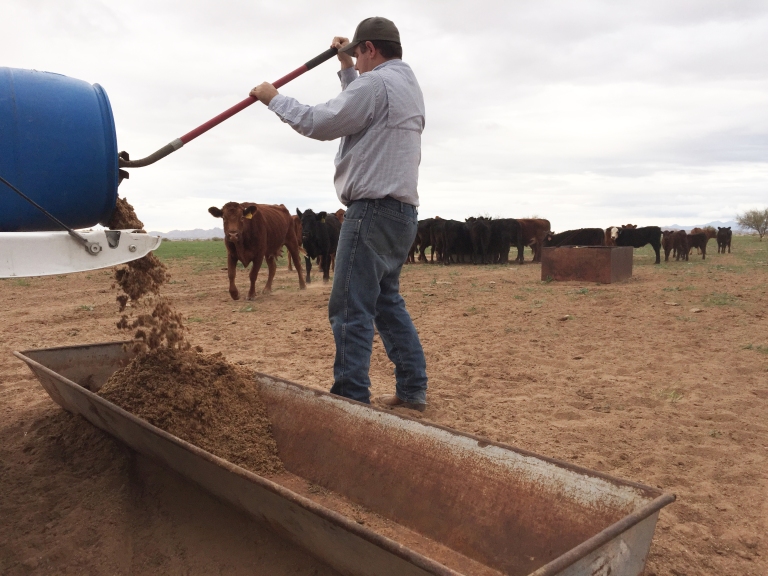 “They love it! It’s like candy to them,” Bray giggled. “It’s fun to see the cows dive into the feed troughs. Plus, it gives me an opportunity to check if the cows are healthy, to make sure they don’t have any problems.”

Bray added, “The spent grains are a healthy, usable by-product from the community and stay in the community, not going to waste.”

The Hansens also take some of the spent grains home to their chickens. Sometimes the grains even carry the scent of the flavor of the beer – coriander, orange peel, flaked corn for cream beer, or other seasonal flavorings. The spent grains can also be used for composting. 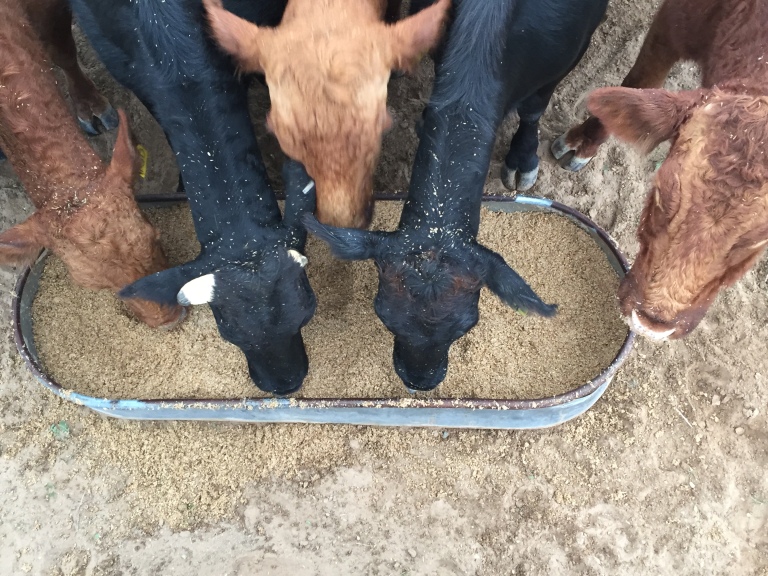 Saddle Mountain Brewing Company and the ranchers have collaborated since the brewery opened in October of 2014. All breweries, from craft-sized to Anheuser-Busch, produce the spent grain by-product and most also have beneficial relationships with ranchers or farmers.

Laura concluded, “It is sort of a full-circle food chain or another take on ‘farm to table’: from farm to grain to brewery to cattle ranch to fertilizer and back to growing more food, we all help each other.”

From Trash to Nutritional Treasure; Part 1

2 thoughts on “From Trash to Nutritional Treasure; Part 2”